They appear as a glass tube in which there is the vacuum and some metal parts. In particular in a triode there is an anode, a control grid, a cathode and a filament. Anode, cathode and control grid behave as collector, base and emitter of an NPN transistor while the filament serves to heat the tube to facilitate the thermionic effect.

The vacuum tubes are now outdated because they require a lot of power to be heated, are bulky and also require high voltages (up to 100V) to work. It has, however, a good acoustics, in fact the audiophiles describe the sound amplified by a vacuum tube as warm and full-bodied, this is why they are still used in audio applications such as pre-amplifiers, amplifiers for musical instruments or audio effects.

The following circuit realizes a preamplifier which can be used for guitars or any other audio source and has the advantage of having a low power voltage (12Vrms) internally rised up to reach optimal voltages for the operation of the vacuum tube triode.

The circuit is the following: 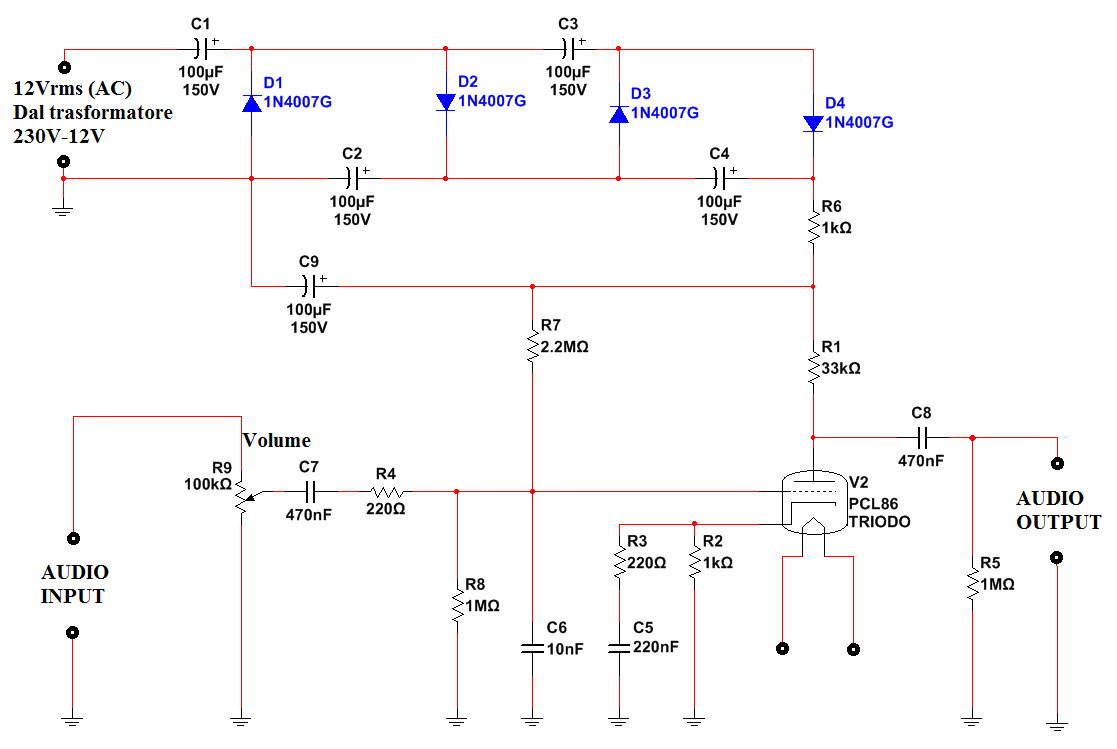 The voltage booster is a voltage quadrupler, compound by C1, D1, C2, D2, C3, D3, C4 and D4 which elevates the voltage from 12V to about 60V. R6 and C9 filter out the noise and reduce the ripple of the 60V voltage. The capacitors C1 to C4 included C9 must have a voltage tolerance greater than 100V to avoid failure.

The audio passes from “AUDIO INPUT” bushings and reaches a potentiometer for adjusting the volume, then there is a bandpass filter compound by C7, R4 and C6. The tube’s control grid is biased with a voltage of about 20V by R7 and R8 as if it were a normal base of a transistor. The tube actualizes a class A amplifier with R3, C5 and R2 connected to the cathode of the tube to realize a negative feedback to reduce the distortion of the signal, while R1 polarizes the anode of the tube as if it was the collector of a transistor.
The amplified signal is filtered by the DC component from C8 and R5 before being placed at the exit “AUDIO OUTPUT”.

The input and output signals have the following shape: 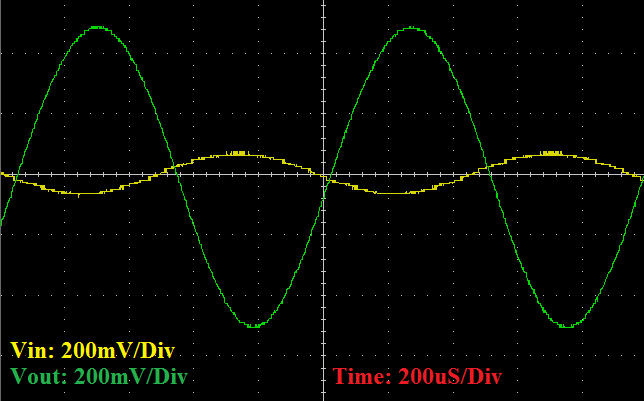 As regards the used vacuum tube, it is a vacuum tube with a triode and a pentode section but is used only the triode section. Could be used also a different vacuum tube as the PCL84, very similar to the used one. Also you can increase the gain using R8 with a value of 1.8Mohm as realized in the circuit on the breadboard: 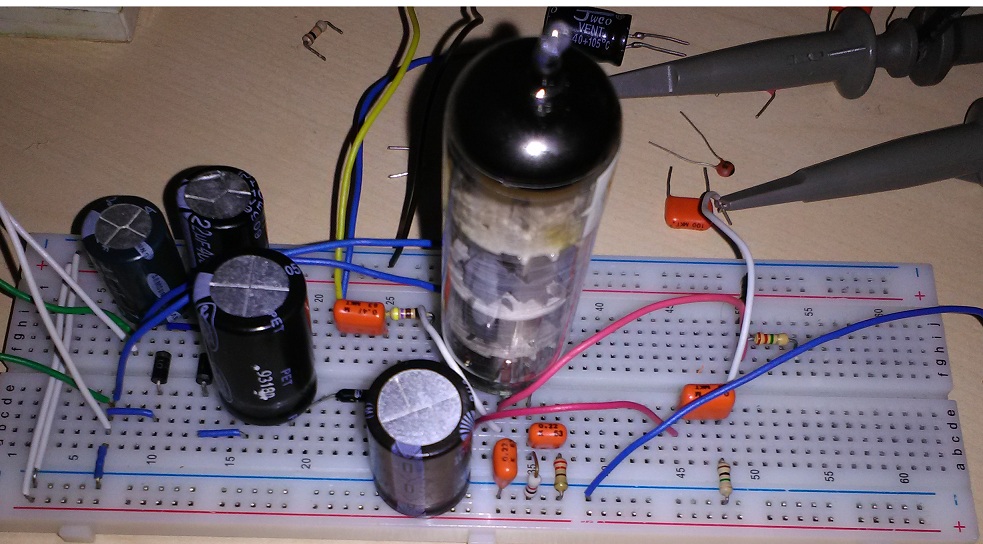 You can download the MULTISIM14 simulation of the circuit at the following LINK!!!